Here’s the thing: sometimes, traditional bank campaigns can be a little boring. United Community Bank relies on their branch collateral to start conversations and engage branch customers, and we knew that we’d have to be anything but boring to do that.

While sparking chatter was important, we still needed to show off their expertise: they also had concrete goals to increase the overall number of checking accounts and grow mortgage production.

And that’s how Just the Facts was born. We coupled eye-catching imagery with fun facts that tied back to product information, always reinforcing the idea that we didn’t know that, but we do know banking.

The campaign was an instant success. Branch representatives consistently reported positive conversations with customers based on the branch collateral. Better yet, in the months following implementation, roughly 6,000 new checking accounts were opened, and mortgage production soared to nearly 200 million dollars. And that’s a fact. 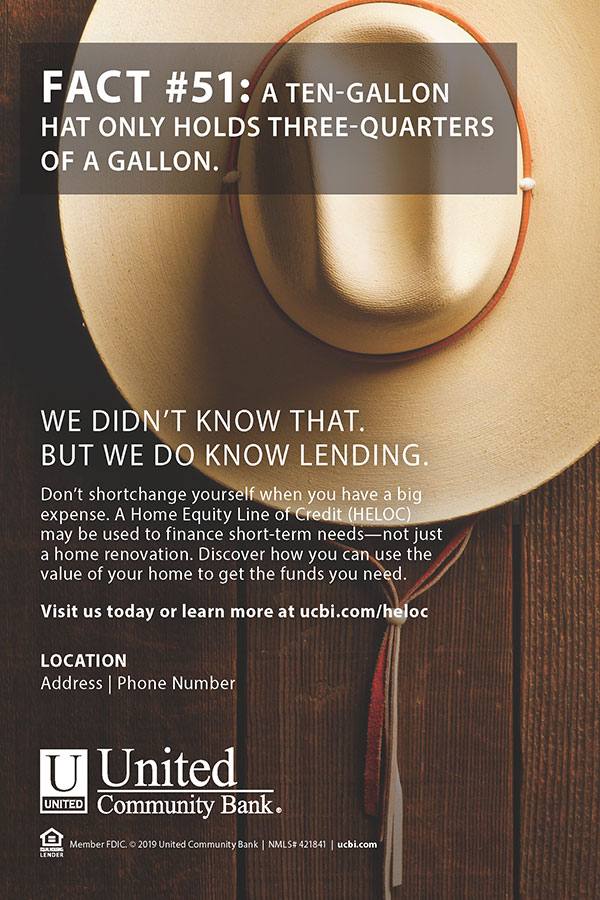 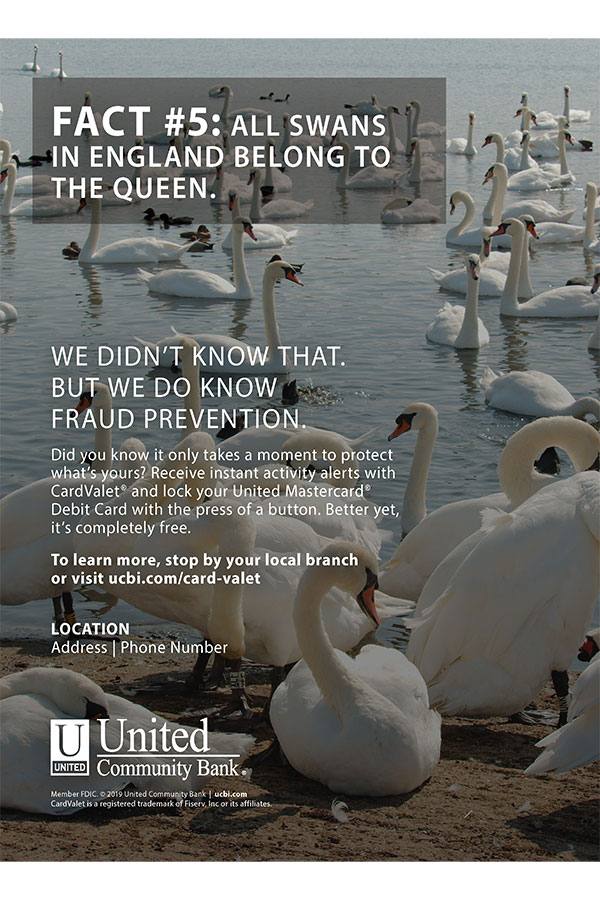 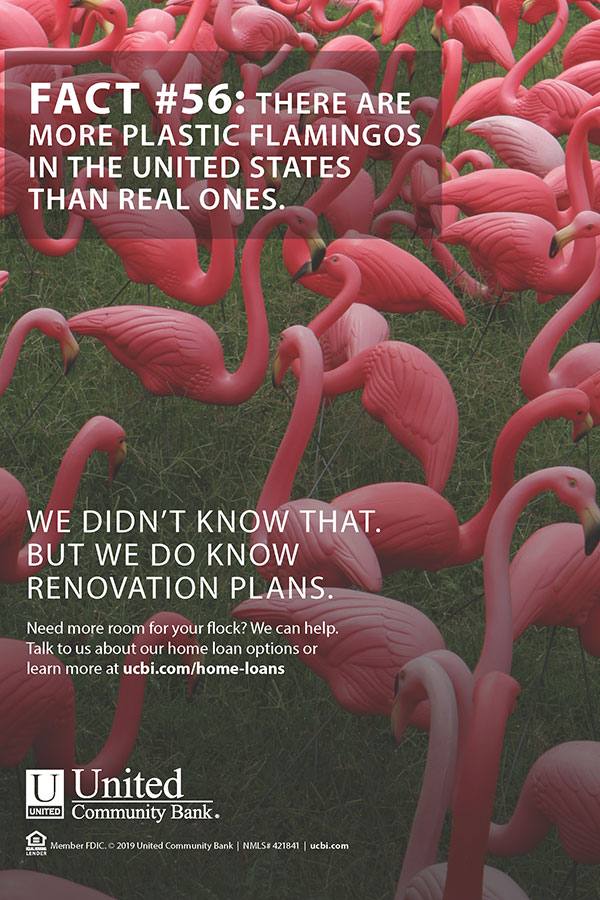 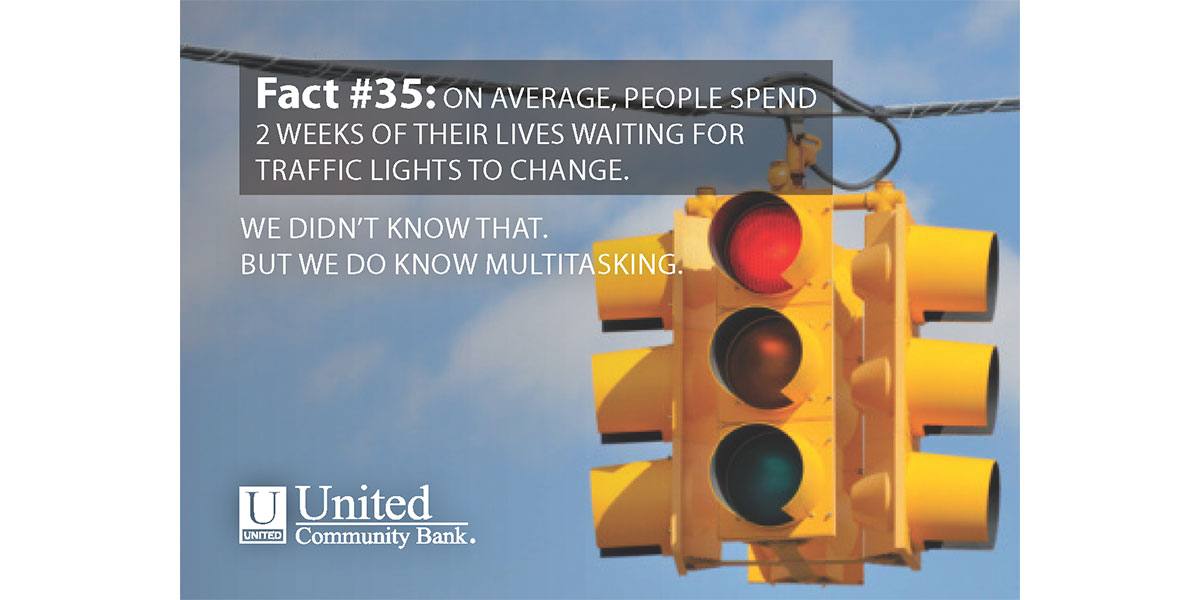 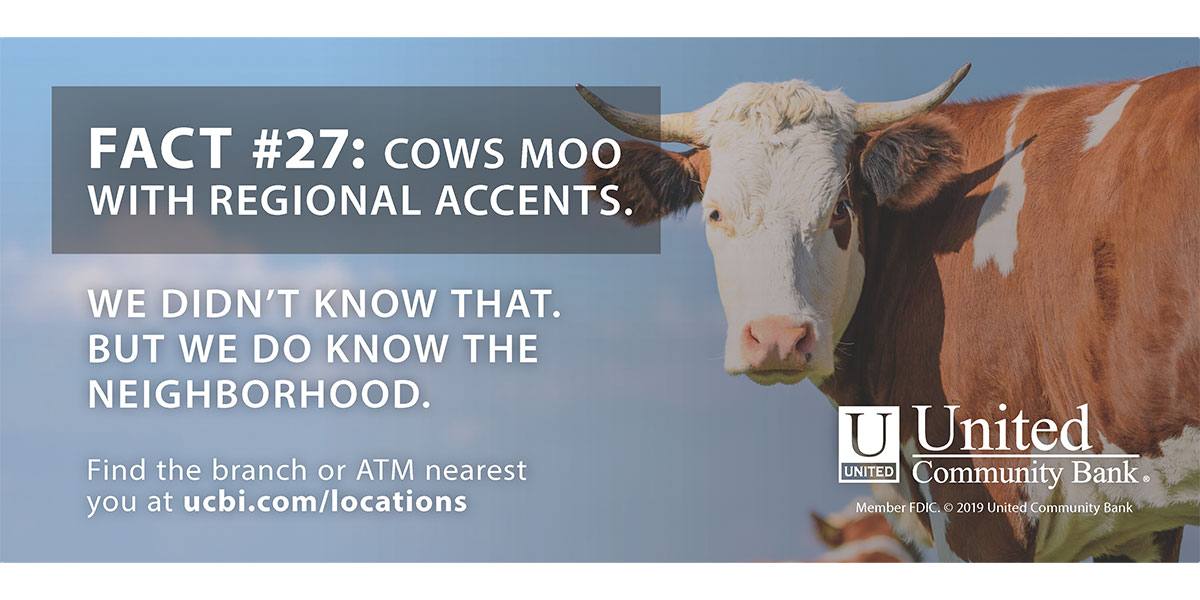