We’ve posted before about the always-passionate, but sometimes tainted, love affair many of our team members had with Game of Thrones and its week-to-week must-watch aspect.

Now, the trend continues. Over Fourth of July weekend, a lot of our teammates here at Crawford—as well as millions of others—enjoyed diving into Season 3 of Stranger Things. Like many, I took it as my prerogative to binge it as fast as I possibly could. Pizza was ordered, pajamas were donned, and I was ready to stay up all night long. It’s a great season, and for those who haven’t watched it, don’t worry: you won’t find any spoilers here on the main storyline and characters.

The only thing I will reveal is that Coke and other products show up time after time. In fact, Coke has so much prominent screen time, it should be listed in the credits. One of the main characters, Lucas, essentially does a quick advertisement—complete with original vs. New Coke lines and a refreshing sip to cap it off. It’s the end of the world as we know it for scriptwriting, right?

Don’t stop believing in the plot lines of the shows you love just yet. Netflix claims that product placements were not directly paid for and placed by advertisers. The Duffer Brothers were still in complete control, though it would be hard to believe that outside promotional partnerships didn’t influence their decisions in some way.

Though Netflix isn’t completely down with OTT advertising yet—they might be on their way.

In case you don’t know, OTT, or “over-the-top,” refers to the delivery of film and TV content over the internet. Think of it as streaming premium content that you can access over your connected TV, Roku-style device, mobile phone, desktop or tablet. Just like video killed the radio star, OTT is starting to do the same to broadcast cable and satellite television. It’s on the rise and about to bust a move. In fact, data shows that it’s really starting to put on the pressure: 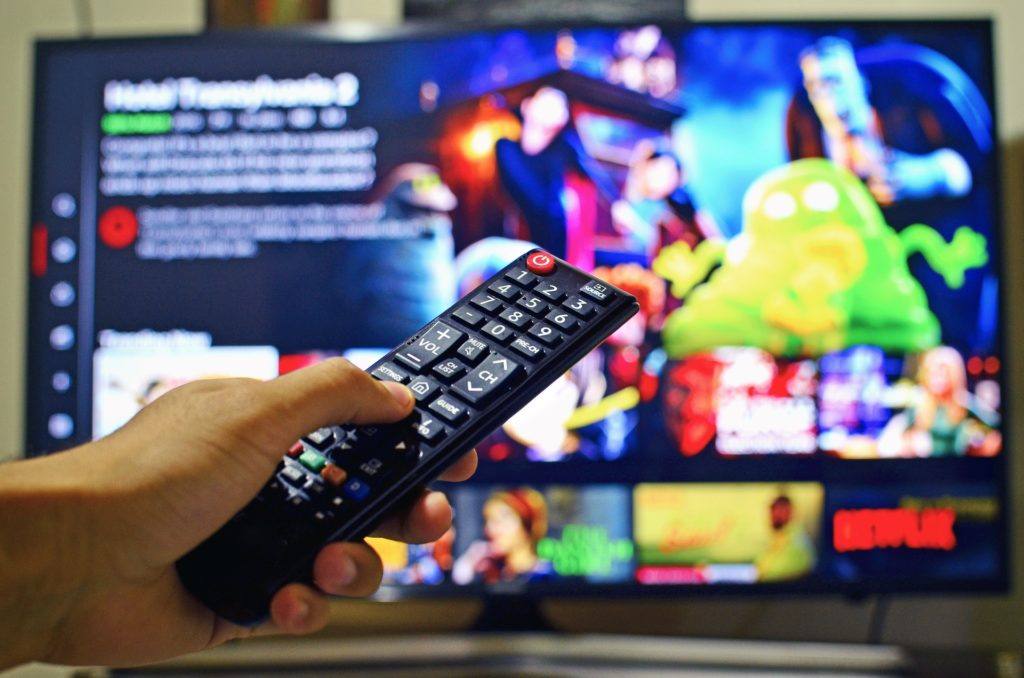 So what’s it got to do with advertising?

OTT offers so much more than just product placement. It offers brands robust demographic and geographic data that allows advertisers to target specific audiences more effectively. For example, you can target nurses in several different cities across multiple devices and platforms, rather than run a blanket broadcast flight and hope there’s nurses watching. It’s a great tool for driving awareness and engagement while also getting some of the more granular data you’re used to with digital efforts.

This is how modern viewers engage. Whether it’s their mobile phone, linear TV or connected TV, it’s all about the content, not the specific platform. Many of the most attractive advertising opportunities are through providers like Hearst Anyscreen because of their understanding of this behavior pattern. They combine multiple platforms and provide comprehensive targeting, retargeting and analytics capabilities.

Sounds great, but with the popularity of streaming services with no advertising, is there really a consumer appetite for streaming with ads?

Yes, the majority of consumers accept that advertising often comes with the ability to view premium content for free or at a lower cost. Per the IAB (Interactive Advertising Bureau),

As Netflix recently found out, it’s a bit trickier on services that have never shown ads before, because consumers feel that’s a key part of the experience they pay for. Per a recent Hub Entertainment research study, 23% of survey respondents said they would likely drop their Netflix subscription if ads started running during their shows. However, that number drops considerably to 14% if Netflix were to drop its price by $2 a month. To keep growing without raising subscription costs (which is more unpopular), even Netflix will likely need to involve advertising at some point.

Until then, they’ll have to stick to accepting product placement. But it seems to be working for certain brands: Eggo was able to connect a 14% growth in sales to their presence in Season 2 of Stranger Things.

Even with 1 – 3 times fewer products than many other Netflix shows, Season 3’s product visibility has recently been valued at $15 million, with many brands also partnering outside of the show with co-promotional strategies. Heck, Coke even brought back New Coke! It’s TBD whether or not this time around will work better than the first, though.

The future is bright for OTT and straight up as an advertiser, I’ve been waiting for a girl like you to come into my life.